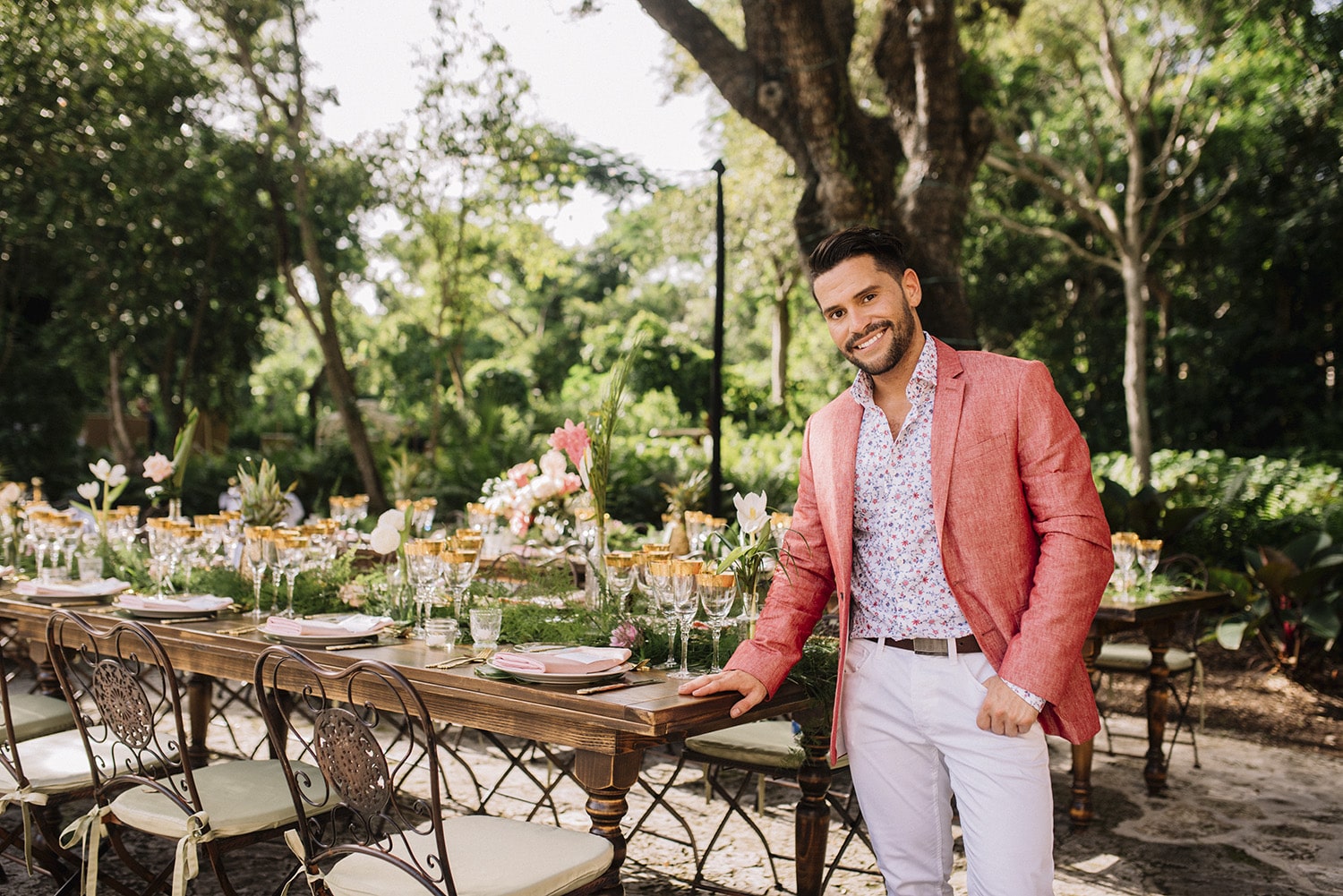 A Chandelier of Flowers

Every bride has a vision of the decor for her wedding and reception. As a floral designer, you have to capture that image and work with the wedding venue to create the magic that she has dreamed of.

Recently, Christopher Plaza of The Bride Candy had the opportunity to design a Chandelier of Flowers that became the bride’s focal point at the reception. The event venue, Vizcaya, was the perfect backdrop for such a unique floral design. Christopher tells us, “The bride fantasized about having a beautiful chandelier in the middle of the dance floor in front of her head table. She wanted the chandelier to be lush with lots of flowers.”

The flowers chosen for the design were delphiniums and stock. These flowers have a very whimsical look to them. Their length resembles crystals that would drip off of a real chandelier.
The Delphiniums were used more for texture since they were thinner and the stock was fluffy and really stood out.

The color palette was different shades of green and white. The brides style was bridal, very romantic and whimsical. The design was crisp and clean with a natural look.

There were 3 types of greenery. All of which were long and drooped down well. “We wanted the greenery to be very long so I chose bright green Italian ruscus and added it first. I then added pale green seeded eucalyptus. The seeds added texture to the chandelier making it look almost fruitful, it also covered the mechanics very well on the top. The last greenery was Italian niice, that is in the vine family and looks like ivy. This greenery made the chandelier look very ethereal and whimsical.”

The Chandelier of Flowers is one of Christopher’s favorite creations. As a designer, it showed Christopher that he was capable of taking on a difficult floral design task. He loved seeing what he envision to come to life. And most of all, he loved seeing the bride’s face light up when she walked into the room and saw her dream of a Chandelier of Flowers come true. This princess bride’s fairytales did become a beautiful reality!